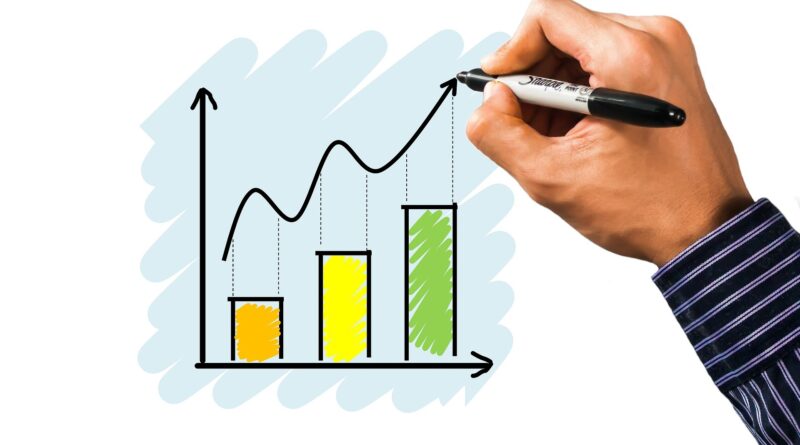 All dollar amounts are expressed in US$

“2021 represents a year of investment for Equinox Gold as we direct our strong operating cash flow to our existing portfolio of mines and growth projects,” said Christian Milau, CEO of Equinox Gold. “These investments in 2021 will set the foundation for lower-cost production, longer-life mines and substantial near-term production growth with an increase to approximately 900,000 ounces of gold at significantly lower costs in 2022 and approximately one million ounces of gold from 2023.

“All-in-sustaining costs in 2021 include stripping campaigns at Los Filos, Mesquite and Aurizona to access higher-grade ore, which will increase production and reduce costs in the second half of the year. Growth capital includes the Los Filos expansion projects, a significant pit expansion at RDM and completion of construction at Santa Luz. The Company is also undertaking an aggressive exploration program focused on mine life extension and reserve replacement.

“We also look forward to completing the acquisition of Premier Gold Mines this quarter and integrating the producing Mercedes Mine and construction-ready, multi-million-ounce Hardrock project into our portfolio and plans. Our share of production from Hardrock would further reduce our costs per ounce produced and boost production by more than 200,000 ounces annually starting in 2024.”

Consolidated gold production is expected to increase each quarter during the year, with approximately 30% of 2021 production occurring in Q4 as the mines access higher-grade ore at both Los Filos and Mesquite.

Overall cash costs for 2021 reflect an assumption of strengthened local currencies and slightly increased fuel and other consumable costs, as well as lower grades mined at Los Filos as the Guadalupe stripping program and Bermejal underground development are advanced through the year. AISC for 2021 includes important sustaining investment at the Los Filos, Mesquite and Aurizona mines. The Company is also undertaking a number of growth projects this year including constructing the Santa Luz mine, advancing expansion projects at the Los Filos mine, completing a pit expansion at the RDM mine and undertaking exploration focused on mine life extensions at Mesquite, Los Filos, Aurizona and Fazenda.

Guidance will be updated to include the Mercedes mine and Hardrock project following completion of the proposed acquisition of Premier Gold Mines, which is expected to close in March subject to all necessary securityholder and regulatory approvals. The Company may revise guidance during the year to reflect changes to expected results.

The Los Filos gold mine in Guerrero State, Mexico currently comprises two open pits (Los Filos and Bermejal), one underground mine (Los Filos) and secondary recovery from previously leached ores. Expansion projects are underway to increase annual production and extend the mine life including the addition of the Guadalupe open pit, the Bermejal underground mine and plans for construction of a new carbon-in-leach (“CIL”) plant to operate concurrently with the existing heap leach operation. An updated feasibility study and technical report is expected to be complete in the first half of 2021 (“H1 2021”).

Los Filos production for 2021 is estimated at 170,000 to 190,000 ounces of gold, with production weighted 60% toward the second half (“H2”) of the year. Production will gradually increase during Q1 2021 as mining activities and leaching ramp up following the recent December restart of operations, and increase quarter over quarter as development activities provide access to higher-grade ore from the Guadalupe open pit by mid-year and the Bermejal underground deposit in the H2 2021, both of which were deferred to 2021 due to the government-mandated suspensions during Q2 2020 due to COVID-19 and a community blockade from September through December. Costs are expected to decrease over the year as production increases and are anticipated to decrease further in future years as mine expansion is completed and grades increase. Los Filos cost guidance for 2021 is estimated at cash costs of $1,125 to $1,200 per ounce sold, with AISC of $1,330 to $1,390 per ounce sold. AISC is expected to trend below $1,000 per ounce as the expansion is completed.

Non-sustaining growth capital of $95 million relates to the expansion projects and was in part deferred from 2020, including $48 million for Bermejal underground development, $10 million for pre-stripping of the Guadalupe open pit and $25 million for fleet rebuilds and new equipment. In addition, $5 million relates to exploration for extension of the Los Filos underground mine life and $6 million is for expansion of heap leach processing capabilities. Guidance does not include capital for construction of the CIL plant, which could commence in H2 2021.

AISC at Mesquite in 2021 includes sustaining capital of $48 million related primarily to a $30 million stripping program to access the higher-grade, oxide Brownie deposit, which will contribute significantly to production beginning in H2 2021 and continuing throughout 2022. As a result, AISC is substantially lower in H2 2021. In addition, the Company has planned $10 million for leach pad expansion and $6 million for mining and processing equipment. The truck fleet is being renewed with the addition of 10 new CAT 793 haul trucks via a $43 million lease. This investment in a new fleet will support operations for a substantially longer mine life than contemplated when the Company acquired Mesquite in 2018 and will reduce costs over the life of mine.

Exploration success since acquiring Mesquite has extended the expected mine life by more than three years and further mine life extension remains a focus in 2021. Non-sustaining growth capital of $9 million is allocated entirely to exploration focused on resource growth in the Brownie, Vista East and Rainbow deposits as well as reserve replacement.

AISC at Castle Mountain is temporarily elevated in 2021 as it includes sustaining capital of $14 million primarily comprising $9 million for a leach pad expansion that will accommodate the entirety of Phase 1 operations and $3 million for plant optimization.

AISC at Aurizona in 2021 includes sustaining capital of $46 million allocated primarily to $27 million in capitalized waste stripping, including eight million tonnes deferred from 2020, and $15 million to increase capacity of the tailings storage facility. Non-sustaining growth capital at Aurizona of $4 million is directed to exploration, land purchases and completion of the Piaba underground prefeasibility study.

AISC at Fazenda in 2021 includes sustaining capital of $15 million allocated primarily to $8 million for underground development and equipment and $4 million in open-pit waste stripping. Non-sustaining growth capital of $2 million relates to exploration.

AISC at RDM in 2021 includes $10 million of sustaining capital of which $6 million relates to increasing capacity of the tailings storage facility, with $2 million for equipment and $2 million for buildings and infrastructure. Non-sustaining growth capital of $35 million relates entirely to capitalized stripping for a pushback of the open-pit, providing lower strip access to the ore body in future years.

Equinox Gold commenced full-scale construction of Santa Luz on November 9, 2020. Of the total $103 million construction budget, the Company has budgeted $94 million in construction and mine development capital in 2021. Open-pit stripping is expected to begin in Q1 2021 with processing infrastructure expected to be finished by the end of 2021 and first gold pour targeted for Q1 2022.

The Company completed a feasibility study for Santa Luz in November 2020 outlining the design of an open-pit mine producing 903,000 ounces of gold over an initial 9.5-year mine life with average annual production of 110,500 ounces of gold for the first five years. At $1,600 per ounce gold, the mine has an after-tax net present value (discounted at 5%) of $362 million and an after-tax internal rate of return of 67%.

The Company plans an exploration spend of $37 million for 2021, all regarded as non-sustaining in nature, of which $17 million is included in non-sustaining capital guidance above with the remainder to be expensed during the year. Exploration will focus on mine life extension at the shorter-life mines, with approximately $9 million (63,000 metres) planned for Mesquite and $7 million (49,000 metres) for Aurizona and district. The Company will also invest $10 million (111,000 metres) to explore the Fazenda-Santa Luz district, a 70-km-long greenstone belt that hosts both the Fazenda and Santa Luz mines. Many of the Company’s targets in this highly prospective geological trend, and in the Aurizona greenfield properties, have never been drill tested before, presenting the opportunity to identify new projects for the Company’s growth pipeline.

Corporate costs for 2021 are expected to be approximately $25 million or $39 per ounce of gold sold using the mid-range of production guidance, which includes savings of more than $7 million from Leagold merger synergies. Corporate costs are not included in cash cost or AISC guidance and exclude discretionary equity-linked compensation.

Equinox Gold will provide an update of Mineral Reserves and Mineral Resources in mid-2021.

The webcast will be archived on Equinox Gold’s website until August 9, 2021.

Equinox Gold is a Canadian mining company with seven operating gold mines and construction underway at an eighth site, a multi-million-ounce gold reserve base and a clear path to achieve one million ounces of annual gold production from a pipeline of development and expansion projects. Equinox Gold operates entirely in the Americas, with two properties in the United States, one in Mexico and five in Brazil. Equinox Gold’s common shares are listed on the TSX and the NYSE American under the trading symbol EQX. Further information about Equinox Gold’s portfolio of assets and long-term growth strategy is available at www.equinoxgold.com or by email at [email protected].

This news release refers to cash costs per ounce, all-in sustaining costs per ounce sold, sustaining capital and non-sustaining capital,  which are measures with no standardized meaning under International Financial Reporting Standards (“IFRS”) and may not be comparable to similar measures presented by other companies. Its measurement and presentation is intended to provide additional information and should not be considered in isolation or as a substitute for measures of performance prepared in accordance with IFRS. Non-IFRS measures are widely used in the mining industry as measurements of performance and the Company believes that they provide further transparency into costs associated with producing gold and will assist analysts, investors and other stakeholders of the Company in assessing its operating performance, its ability to generate free cash flow from current operations and its overall value. Refer to the “Non-IFRS Measures” section of the Company’s Management’s Discussion and Analysis for the period ended September 30, 2020, for a more detailed discussion of this non-IFRS measure and its calculation.

AISC per gold ounce sold is a non-IFRS measure based on guidance announced by the World Gold Council (“WGC”) in September 2013 and updated in November 2018. The WGC is a non-profit association of the world’s leading gold mining companies established in 1987 to promote the use of gold to industry, consumers and investors. The WGC is not a regulatory body and does not have the authority to develop accounting standards or disclosure requirements. The WGC has worked with its member companies to develop a measure that expands on IFRS measures such as operating expenses and non-IFRS measures to provide visibility into the economics of a gold mining Company. Current IFRS measures used in the gold industry, such as operating expenses, do not capture all of the expenditures incurred to discover, develop and sustain gold production. The Company believes the AISC measure provides further transparency into costs associated with producing gold and will assist analysts, investors and other stakeholders of the Company in assessing its operating performance, its ability to generate free cash flow from current operations and its overall value. Combined AISC does not include corporate G&A. 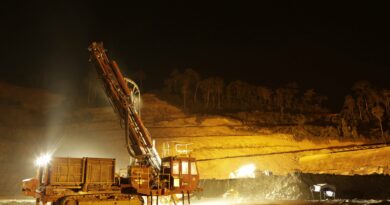 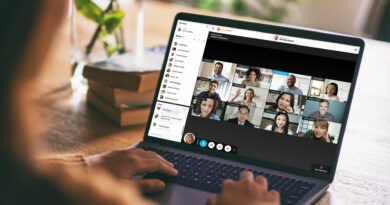 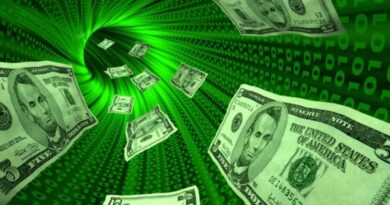