The objective of the first hole, X4B, located at the southern end of the Victor vein, was to establish continuity of the mineralization with high silver values at different elevations and along strike from two prior drill holes spaced 100 meters apart: between drill hole X96 which intersected 2 meters of 373 g/t Ag and drill hole X84B which intersected 3.25 meters of 412 g/t Ag.

Drill hole X4B was 395.1 meters in length with 92% recovery and intersected five different levels of mineralization as follows:

The objective of the second hole, X5B, located at the northern end of the approximately 500 meters strike length of the Victor vein was to confirm the continuity of high-grade silver mineralisation between earlier drill holes X42 which intersected 1 meter of 182 g/t Ag and X75 which intersected 0.7 meters of 2,047 g/t Ag.

Drill hole X5B with a total depth of 337.55 meters and a recovery of 96% also intersected mineralization at five levels of elevation as follows:

It is important to compare these drill results to the average grades of the resource estimate used in the preliminary economic assessment (PEA) of the main Bilbao deposit by Runge Pincock Minarco (Canada) Limited (“RPM”) dated April 28, 2014. This independent Technical Report in accordance with NI 43-101 reported a resource estimate on the Bilbao Project with average grades of 2.1% zinc, 1.4% lead and 63.96 g/t silver, based on 3 year trailing average metal prices of: Zinc US$0.94/lb, Lead US$1.01/lb and Silver US$30.24/ounce. The mine plan incorporated in the PEA targeted the extraction of only the lower, unoxidized, sulphide zone based on a production rate of 2,000 tonnes per day, or 720,000 tonnes per year for a total of 5.2 million tonnes with over a mine life of approximately 8 years.

Commenting on the results, Tim Gallagher, Company President said, “The drill results on the first two holes are consistent with our expectations and demonstrate both the tenor and the continuity of the mineralization within the Victor vein which should add tonnage and increase the value of the Bilbao deposit, especially with the much-improved outlook for silver prices, approaching the US$30 per ounce level. Three more holes, X6B, X7B and X8B have now been completed for a total of 1,067.75 meters and we expect the final drill results in approximately two weeks.”

The third hole, X6B, tested the continuity between the two best drill hole results from the 2010-2013 exploration work in which X26 intersected 6 meters of 847 Ag/t and X40-1 and 2.45 meters of 1623 Ag/t at 424 meters depth. X7B tested the continuity between X5B at the northern end and X6B. The fifth and final hole, X8B was drilled just north of the southernmost previous drill hole X100 which intersected 1 meter of 810 g/t Ag to test the extension of the Victor vein where it intersects a manto stockwork area.

Drill core samples were sent to an SGS laboratory in Durango. Historically, samples from half-core were prepared at the Stewart Group laboratory in Zacatecas and analyzed for multi-element content using ICP-MS by Stewart Group in Kamloops, British Columbia. Standards and blanks were used regularly for quality control. Significant mineralized intervals are reported in the table as core lengths and estimated true thickness (70 to 95 per cent of core length).

Scientific and technical information disclosed in this press release was prepared by or under the supervision of and approved by Gerry J. Gauthier, P. Eng., a Director and former President of the Company and a ‘Qualified Person’ within the meaning of NI 43-101.

Xtierra is a natural resource company with precious and base metal mineral properties in the Central Silver Belt of Mexico in the State of Zacatecas and is pursuing new opportunities including identifying and evaluating new potential royalty acquisitions.

Xtierra holds a 100% interest, subject to a 1.5% net smelter royalty repurchased in July 2019, on the Bilbao project silver-lead-zinc-copper project located in the southeastern part of the State of Zacatecas.

Xtierra owns 88% of the outstanding shares of Minera Portree de Zacatecas, S.A. de C.V (“Minera Portree”) which holds various legal or royalty interests in certain mineral properties in Mexico, including the Company’s Bilbao property, and an asserted claim to a 2% net smelter royalty on six mining concessions located adjacent to the Cozamin Mine operated by Capstone Mining Corp., which claim is challenged by Capstone.

To view the source version of this press release, please visit https://www.newsfilecorp.com/release/73668 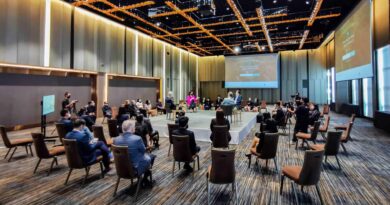